Below you will find a collection of press articles about the Chatham area. Check back frequently for the latest news.

When Janice and Rick Patterson met on the set of a video shoot in the ’80s, the chemistry between the two was unmistakable. He was a rangy sound engineer and she a striking segment producer and skilled photographer.

After they had their first child, they came to a house in Columbia County, first for weekends and later to live full time. It was a former cider mill with an adjacent churchyard, right in the center Old Chatham. Rick continued to travel the world working on documentary films while Janice stayed upstate and became an interior designer, operating from a tiny, unheated house with great bones.

Local watercolor artist Tim Paholak will have an exhibition of his abstract and figurative paintings, in the Joan Allen Art Gallery at Camphill Ghent in Chatham, through July 30.

On a sinuous country road lined with emerald fields and foliage, between the John Deere dealership and the county fairgrounds, sits a theater with a round stage 22 feet across, nestled amid 350 seats that each summer hold crowds exceeding 35,000. Now in its 51st season but the first without either of its founders, Mac-Haydn Theatre is a throwback that’s also finding its future. It is a true summer-stock company, in the old-fashioned sense of the term, meaning it is built on guest artists in leading roles and a core group of young actors who stay for the whole season to act in or otherwise work on most if not all of the seven Main Stage and three Children’s Theatre productions that run from Memorial Day through Labor Day weekends.

Nestled in the quiet town of Chatham, New York, is Video Visions, one of the last-remaining video stories in America. Steven Campbell opened Video Visions in 1984 with Jim Donovan. At the time, they had just 200 titles. Now, they have over 26,000 that customers can rent for a few bucks a day.

Austerlitz Historical Society will present Ghent Town Historian Gregg Berninger who will speak on “200 Years of Ghentness” at 2 p.m. Saturday, April 20, at the Austerlitz Firehouse. The presentation is a fun, thought-provoking visual romp through Ghent’s 200 years.

The morning sun reflects off the remnants of a hard crust of snow with a luminous quality that makes the towns of Ghent and Chatham, New York, appear suffused by stage lights. It’s been a long winter—about six months’ worth, by most people’s accounts, though they use much more colorful language; like the Inuit and their multiple words for snow, residents of upstate New York have a remarkable array of vivid, sometimes profane, epithets for the season. 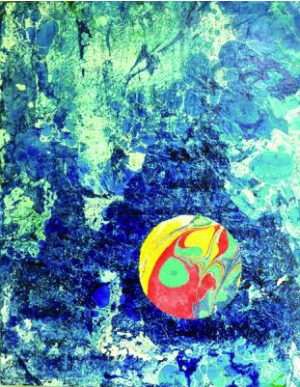 Chatham artist Ulrike Grannis will have an exhibition of her abstract painting, paper marbling and collage in the Joan Allen Art Gallery at Camphill Ghent in Chatham, from April 1 to May 31, 2019.

Performance Spaces for the 21st Century will present Bridgman-Packer Dance and its Video Playground Saturday, March 30, at 3 p.m. in the Black Box Theater. The interactive installation allows participants to create their own video magic by playing with time, scale, juxtaposition and shadow. 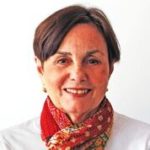 The Crandell Theatre’s Board of Directors elected a new president and other officers at their annual meeting on January 27. Lydia Kukoff, elected as President, will take over for Fred Ulrich, who steps down from that role after five years but remains on the board. Other officers elected by the board include Sara McWilliams as Vice President for Theater Operations; Peter Biskind as Vice President for Programming; Lael Locke as Secretary; and Viki Sand as Treasurer.