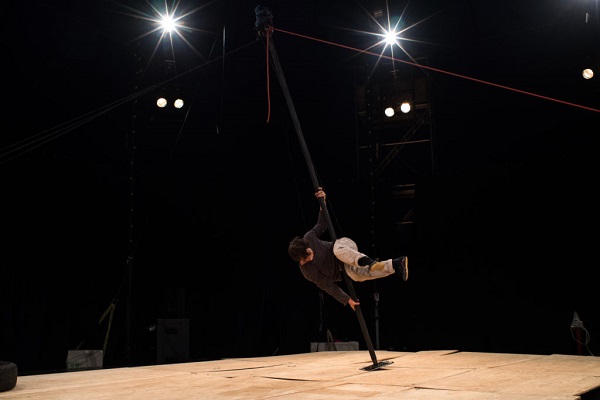 Following in the success of Cirque Barcode and Acting for Climate’s free Crellin Park Day performance of Branché, another circus arts U.S. Premiere comes to PS21 as part of our Pathways programming. Instable features Nicolas Fraiseau, an acrobatic everyman, who attempts to suspend a pole on an invisible wire. Aided by members of the French troupe Les Hommes Penchés, he climbs, loses his balance, falls, and resumes climbing, his struggle hovering between comedy and tragedy. Performances August 17-18, 8 pm. Tickets are $15, kids under 16 FREE.

In addition, on August 16 and 18, Fraiseau and members of Les Hommes Penchés will lead circus workshops for aspiring young circus artists at PS21 ages 10 and up. Email to reserve tickets!