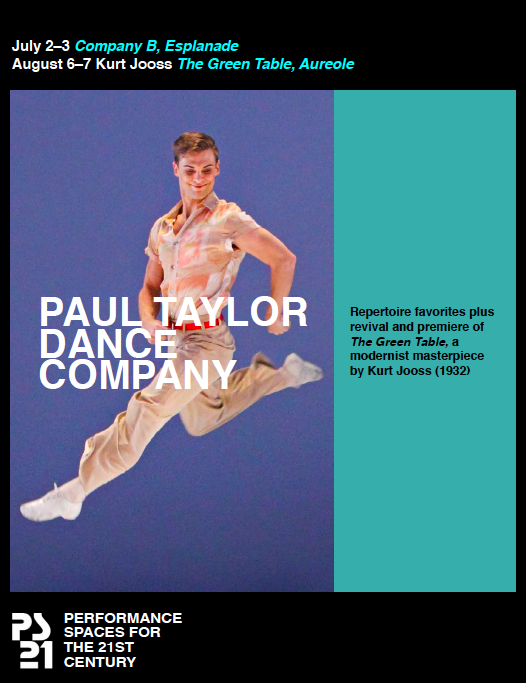 The legendary Paul Taylor Dance Company will be in residence for three weeks, rehearsing and performing two works from its repertory of modern classics, Company B and Esplanade. In Company B, Taylor juxtaposes the high spirits of the early 1940s with the human toll of a young nation at war, transporting the audience with musical selections of the iconic Andrews Sisters. Young lovers lindy, jitterbug and polka in a near-manic grasp for happiness while in the background shadowy figures – soldiers – fall dead. Esplande, The definitive Paul Taylor work, is at once playful, somber, romantic and explosive. This pillar of modern dance instantly affirmed Taylor as one of history’s greatest choreographers.

The impetus behind a Paul Taylor dance, like the iconic Esplanade “is powerful; its moods combine joy and grief, heartbreak and exuberance, memory and impulsiveness; and its spontaneity is often astounding.” — The New York Times