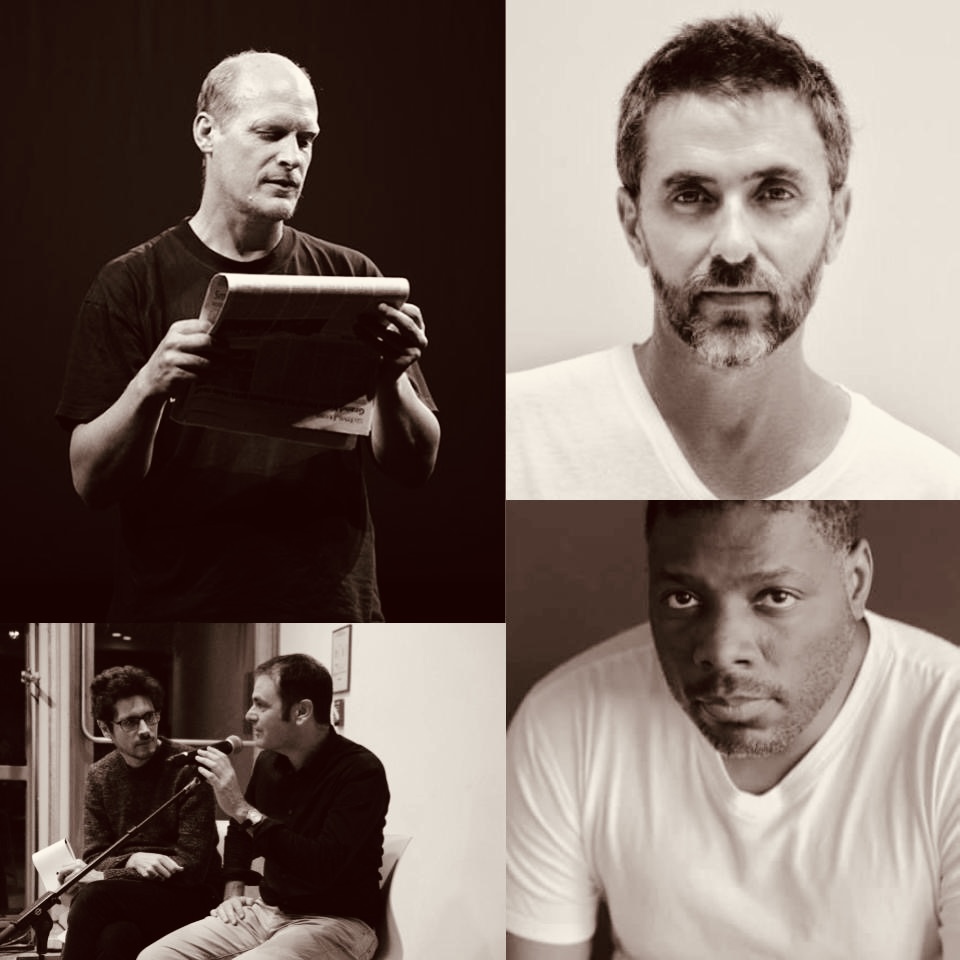 January 14—15, 22—23. Following their residency at PS21 in December 2021, celebrated French playwright and director Pascal Rambert, actors Jim Fletchers and Ismail ibn Conner, and translator Nicholas Elliott return to PS21’s Black Box Theater for four public performances of The Art of Theater and With My Own Hands. This engagement, copresented with PS21, is a featured project of The Public Theater’s new Under the Radar Festival: On the Road initiative.

The Art of Theater

The Art of Theater, composed in 2007, is a manifesto about the nature of dramatic acting, spoken by a single actor who addresses, not the audience, but his dog, who patiently attends to his master’s voice. The audience, in effect, eavesdrops on the monologue. Fletcher, who co-starred with Kate Moran in Rambert’s two-character Love’s End (Clôture de l’Amour), previously appeared at PS21 in 2019, in the title role of Compagnie l’heliotrope’s Pollock.

With My Own Hands

Since it was first performed in 1993, Rambert has adapted this protean meditation on the human condition, a soliloquy spoken by a wounded psyche on the brink of suicide, for a series of settings and performers, including the American actor Kate Moran in 2007. At the time, he said, “I wrote this text to be played by both men and women, young and old.” At PS21, Conner, who has performed widely in Centre Dramatique National Orléans’ production of Jean Genet’s Splendid’s and many other theatrical works, will embody the role of protagonist of this searing, enigmatic monologue. The work is a puzzle of dark ideas on the nature of the human condition, performed with a somber humor.